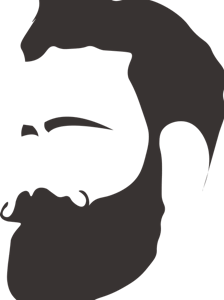 The mobile dating space is filled with apps – estimates suggest there could be more than 7,500 different applications and websites. Whether it be famous examples such as Tinder, Bumble, or Grindr, or more niche apps for specific groups, there appears to be something for everyone, regardless of what they’re into.

Research suggests that the market is competitive right now, with thousands of active dating apps – what’s your opinion on the data?

“I’d describe the current industry as saturated, rather than competitive. Of the endless apps out there, only a very small portion are actually making matches between people and working as you’d expect. Most have no real users and can be ignored.”

Would you say that the saturated nature is a hinderance to niche apps finding an audience?

“If you want to go ‘mainstream’ with your app, you literally have to spend billions of pounds. I don’t think it’s possible to go down that road these days, so going more niche gives you by far a better chance. If you can find an underserved niche, you can focus on what your customers really want, and on the things that other large companies can’t or won’t provide.”

But is that sustainable?

“The “new dating app for [insert niche here]” press story is evergreen, so it’s also a lot easier to get free PR than it might have been a few years ago – Bristlr’s testament to that.”

“We realised the opportunity for niche apps was there when we made Bristlr, but the cost to enter the space was high. The average dating app costs at least £100,000 just to launch. We ended up opening up our tech so anyone can use it for a fraction of that cost, by way of M14 Industries. Through M14 we’ve seen people build dating apps for a huge range of niches.”

What kind of niches?

“Specific regional dialects, people who wear glasses, people with IBS… the list is pretty endless. And the end result is a viable, sustainable small business, serving niches in a way not previously possible.”

Do you feel that niche dating apps offer a different mobile dating experience than mainstream apps?

“Niche dating apps let you cater to what people want. It’s the difference between going to Starbucks, or your local coffee shop. Both give you coffee, and both can do a good job, but some people get more from the smaller shop.

“Practically, niche dating apps can be engineered to suite users’ needs more. There are some cool Queer apps which operate beyond a basic gender binary. There are apps supporting open-relationships by letting you link your account with your partners, so potential dates get a fuller picture. There are apps for really superficial people who boot you off if you’re too ugly. And Bristlr lets you rate beards!”

What sets Bristlr apart from other dating apps? Apart from beards, of course.

“Bristlr has a nice, chill sense of humour. My favourite feedback from users is when they tell us how their dates start with a light-hearted topic of conversation. Bristlr doesn’t take itself too seriously, and that helps set the tone for how people communicate. Plus, you know, beards.”

While this is the perspective of one successful niche dating app, it does demonstrate how attitudes toward mobile dating have shifted. The mainstream dating apps offer thousands of potential matches, of which only a small percentage may share your interests and vice versa. This interview demonstrates the importance and need for diverse dating apps, allowing those of similar interests to find each other quickly and easily, in one place.

All views and opinions expressed are the interviewee’s own, given with full knowledge and consent.