As National Apprenticeships Week draws to a close, Shoeburyness-based business, loveit coverit, is pleased to reveal that the four individuals brought through the business under an apprenticeship scheme have all chosen to progress their careers with the company, taking on permanent roles in different areas.

The 12-month scheme, run with registered Apprenticeship Training Providers, Key Training, saw the individuals work across a number of areas at the mobile phone and gadget insurance company. As well as supporting the inbound call team by handling customer enquiry calls and email communications during peak times, the apprentices were also trained in collecting policy excesses.

Across the administration side of the business, the individuals learnt how to conduct full assessments of claims, supporting with claim logs and documentation.

Having successfully completed their apprenticeships, Alesha Symes, 21 from Leigh and Ella Lacey, 19, from Eastwood, have now been positioned in the inbound Customer Care Team where they will assist customers wishing to make claims, whilst also taking responsibility for adjusting policy details in loveit coverit’s CRM system. Callum Jon, 19 from Shoeburyness, is now based within the Administration team. 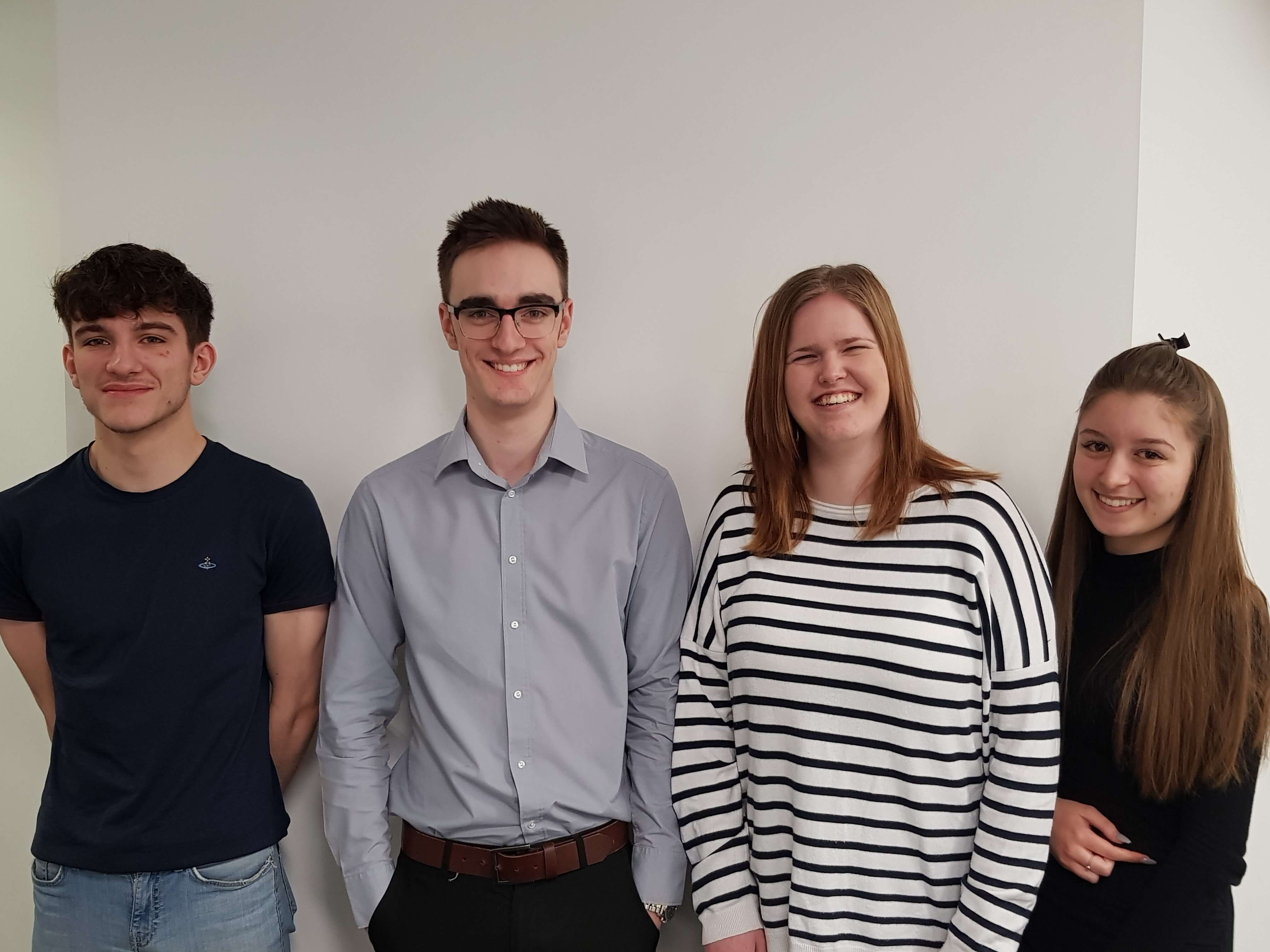 Jamie Clements, 19, from Shoeburyness has since moved into the internal repair centre at loveit coverit for Repair and Quality Assessment Training provided by the Repair Centre Manager. Upon passing this, Jamie will focus on repairing Apple iPhones that have rear casing and front screen damage as well as damaged charging blocks or cameras.

loveit coverit’s Operations Director, Simon Harvey, shares his delight at the team’s progression and the subsequent impact their contribution has had on the business.

The Apprenticeship Scheme can really help a business grow their own talent, shaped to the business strategy, whilst delivering training around the skills it needs to succeed. Not only this but it provides the individual a chance to grow and develop within the chosen industry where otherwise an opportunity might not have been available to them. An apprenticeship can deliver a range of benefits from solving recruitment challenges and supporting a business during its expansion, to delivering a fresh enthusiasm into the workforce.

Alesha Symes explains how the course has helped to develop her skills and confidence.

Before I worked at loveit coverit I did lack confidence with my abilities. I had never worked in customer service before so I found the experience of doing it for the first time quite scary. All the staff were so understanding and really helped me in getting to do daily tasks on the call team by myself. I have to particularly thank the Claims Manager who praised me on my efforts and was always available to speak with when I had any concerns or needed help. I continue to have support with all of my colleagues and I feel comfortable in my role since finishing my apprenticeship.

Since the advent of the Financial Conduct Authority, the insurance industry has undergone a significant transformation. Changes in best practice and the increasing use of technology within the industry have given rise to far vaster opportunities for insurance professionals with a wider and varied set of roles and disciplines available, making this an attractive career prospect for young people.

Authorised and regulated by the Financial Conduct Authority, loveit coverit is a trading name of Pier Insurance Managed Services. Providing mobile phone and gadget insurance for almost 30 years, the company has insured over 900,000 devices to-date and all claims are handled by their UK based, in-house team.

They are great, no fuss, great communication from Jessica Ford & overall a great price for full cover of 2 phones

Very quick to reply to emails. Very efficient with enquiries. Recommend this company.

Very happy with the service provided. Very quick and professional would highly recommend.

Excellent service from loveit coverit. My query was dealt with very quickly and successfully. Thank you Susan for your help.

Truly remarkable service. A company that really cares about customer obsession and their reputation. Outstanding experience from start to finish. (Also a big shout out to Dan for all his help)

Fast, efficient and friendly service and I even received a loyalty discount.