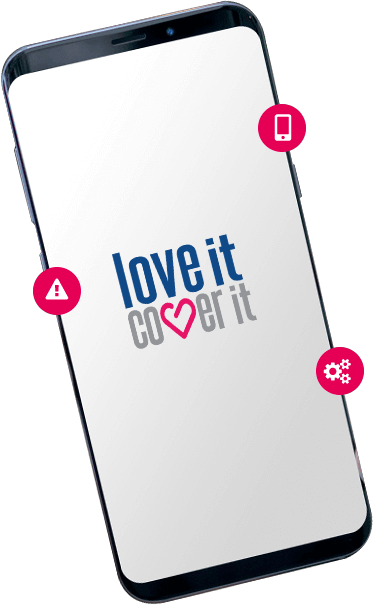 
The Samsung Galaxy S9 and S9+ are the latest additions in a long line of high-performance smartphones from the South Korean electronics giant. They may look similar to the S8 series, but the S9 is packed with the latest software and hardware upgrades – including the Intelligent Scan biometric system, innovative AR Emojis, and the best smartphone camera on the market.

The S9 and S9+ certainly show the best of what Samsung has to offer; it’s clear to see improvements have been made based on feedback from the S8 line. But even top-of-the-range smartphones are prone to damage. Luckily, loveit coverit specialises is mobile phone insurance – with almost 30 years’ experience in the industry, we can help you care for your Galaxy S9 or S9+.

We'll be comparing Samsung Galaxy S9 and S9+ insurance across the market to make sure we bring you the most comprehensive policies at the best prices.

Accidental Damage
Accidents happen. But when they happen to your Samsung Galaxy S9, our comprehensive cover gives you peace of mind and financial reassurance.
Liquid Damage
Nothing attracts water quite like high-tech gadgets. Protect your Galaxy S9 against liquid damage and we’ll get it repaired or replaced.
Cracked Screen
Dropped or knocked your device and the screen is cracked or not working properly? Don’t worry, we will get it repaired!
Loss
Prone to losing things? Our loss cover can provide that added level of protection which we include in our policies as standard.
Theft
We offer a replacement device and cover for unauthorised calls when your device is taken from you.
Accessory Cover
We can help you protect the accessories that allow you to enjoy your Samsung Galaxy S9 - like headphones, chargers and cases - if they get damaged or stolen.
Mechanical Breakdown
We’ll cover your smartphone if an electrical or mechanical fault occurs outside of its warranty period.
Airtime Abuse
Airtime abuse can be a concern if your device gets stolen. Our Samsung Galaxy S9 insurance covers the cost of unauthorised calls made following the theft of your phone.
Worldwide Cover
We know you love to take your devices with you wherever you go, so if that’s abroad, you’ll be pleased to know our insurance includes unlimited worldwide cover.

Quality cover, from a company you can trust

loveit coverit is authorised and regulated by the Financial Conduct Authority, as part of the Pier Insurance Managed Services Group. Insuring over 900,000 devices since 1989, all claims are handled by our in-house customer care team. 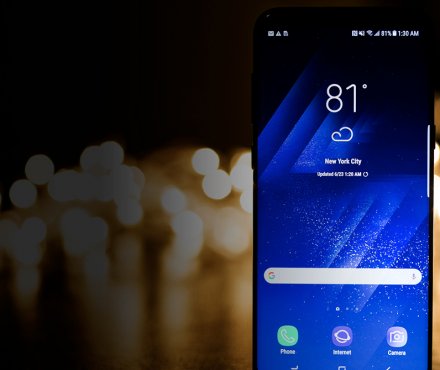 Everything you need to know about the Samsung Galaxy S9

Following one of the biggest events in the smartphone calendar, eager consumers can now get their hands on what’s said to be one of the best handsets of 2018. As of today, March 16, the Samsung Galaxy S9 and Galaxy S9+ are now on sale worldwide. The latest smartphones from the Korean electronics giant are available to buy outright or on contract with all major carriers. But how much does it cost? What's changed? And how does it compare to other smartphones on the market?

Following one of the biggest events in the smartphone calendar, eager consumers can now get their hands on what’s said to be one of the best handsets of 2018. As of today, March 16, the Samsung Galaxy S9 and Galaxy S9+ are now on sale worldwide. The latest smartphones from the Korean electronics giant are available to buy outright or on contract with all major carriers.

If you’re looking to buy the handset SIM-free, be prepared to spend much more than last year’s Galaxy S8 and S8+. The Samsung Galaxy S9 costs £739, while the Galaxy S9+ will cost you £869.

Depending on your network contract, you can expect to pay between £35 and £50 a month, which should include a decent data package to make the most of the S9’s capabilities.

That being said, you do get a lot for your money – Samsung have made a number of significant improvements from the S8 line and added several exciting new features to this year’s handsets.

One of the most impressive features on the Galaxy S9+ is the dual-lens 12MP camera, and is the first phone with a f/1.5 maximum aperture. Its works incredibly well in low light and is capable of capturing super-slow-motion video – just two of the camera’s many capabilities. Reviewers have crowned the S9 as the best smartphone camera, surpassing the Google Pixel 2.

Samsung have introduced their answer to Apple’s Animoji – the AR Emoji. Rather than animating dogs or aliens, AR Emoji creates a virtual avatar based on your face. You can then create GIFs and videos of your digital self to send to your friends (or your mum).

The Galaxy S9 is also the first device from Samsung to feature dual speakers; the Dolby Atmos sound system produces great quality audio, with sound coming from both the top and the bottom of the device.

The Galaxy S9+ is the fastest Android phone on the market, thanks to Samsung’s Exynos 9810 chipset. Reviewers noticed the S9 line is 30% faster compared to its predecessors, capable of multitasking without slowing down – the S9+ also comes with an impressive 6GB of RAM.

With S8 critics saying the biometric features were almost unusable, Samsung now have all three features working seamlessly together. The fingerprint scanner is in a more convenient location, and unlocking your phone is much faster with the iris scanner and facial recognition working together.

After Bixby’s disappointing debut last year, we’re impressed by how much the digital assistant has improved with the S9. Bixby Vision is now much better at recognising objects, and its translation capabilities are also very strong.

How does it compare?

At first glance, there’s no discernible difference between the two handsets – eagle-eyed critics will spot that the S9 looks almost identical to the S8 line.

But don’t judge a book by its cover; the S9 and S9+ have a number of significant upgrades including far more powerful processors, a tougher frame, and a camera which outperforms almost every other device in the market.

The Samsung Galaxy S9 comes at a lower price point compared to Apple’s latest flagship – the S9 is available from £739, whereas the minimum price tag for the iPhone X starts at £999.

When it comes to choosing between the two devices, it ultimately depends on user preference. If you prefer a fingerprint scanner to facial recognition software, the S9 is the better choice. However, if sound quality is your priority, the iPhone X offers more punch and clarity with their speakers.

The Galaxy S9 and S9+ certainly show the best of what Samsung has to offer. With a faster performance, improved audio and a smarter Bixby, it’s clear to see that Samsung have listened to feedback from the S8 line and made improvements in this year’s handsets.