Accidental Damage cover – everyone is at risk of dropping their phone at some point, so make sure you're covered


Once the flagship device of Sony's esteemed smartphone range, the Xperia XZ1 has lost none of its quality over the years, even as more advanced models have come on to the market. With its sleek, unmistakable design, as well as a range of features including a 1080p HD display, extended battery life, and a 19-megapixel camera, it's no wonder that the Xperia XZ1 is a favourite among smartphone owners.

However, it doesn't just look great. The Sony Xperia XZ1 is built to withstand a lot of what the world can throw at it, with a dust-resistant and water-proof case providing a lot of protection from a phone owner's worst nightmares. But even the hardiest handset isn't completely bulletproof, which is where loveit coverit comes in.


We know how stressful it can be to accidentally damage your phone or lose it – or even worse, have it stolen – which is why we offer a great range of Sony Xperia XZ1 insurance policies.

Accidental Damage
Accidents happen. But when they happen to your Sony Xperia XZ1, our comprehensive cover gives you peace of mind and financial reassurance.
Liquid Damage
Nothing attracts water quite like high-tech gadgets. Protect your Sony device against liquid damage and we’ll get it repaired or replaced.
Cracked Screen
Dropped or knocked your device and the screen is cracked or not working properly? Don’t worry, we will get it repaired!
Loss
Prone to losing things? Our loss cover can provide that added level of protection.
Theft
We offer a replacement Sony Xperia XZ1 and cover for unauthorised calls when your device is taken from you.
Accessory Cover
We can help you protect the accessories that allow you to enjoy your Sony Xperia XZ1 - like headphones, chargers and cases - if they get damaged or stolen.
Mechanical Breakdown
We’ll cover your smartphone if an electrical or mechanical fault occurs outside of its warranty period.
Airtime Abuse
Airtime abuse can be a concern if your device gets stolen. Our Sony phone insurance covers the cost of unauthorised calls made following the theft of your phone.
Worldwide Cover
We know you love to take your devices with you wherever you go, so if that’s abroad, you’ll be pleased to know our insurance includes unlimited worldwide cover.

Quality cover, from a company you can trust

As a member of the Pier Insurance Group, loveit coverit have been providing high-quality mobile phone and gadget insurance for almost 30 years, and we aim to use all of that experience to help you get the Sony insurance that best suits you. Whether you're the kind of person who never puts their phone down, or someone who just who likes to have it for emergencies only, you can choose an insurance policy to match, ensuring that you're not paying through the nose for protection.

All claims are handled by our in-house customer care team, whose speed and expertise are crucial in resolving claims as quickly as possible. Furthermore, we try and make our policies as jargon-free and straightforward as possible, so in the event that you have to make a claim, you'll be able to discuss the policy with ease.

Yes! Please email us at support@loveitcoverit.com and we will be happy to help. 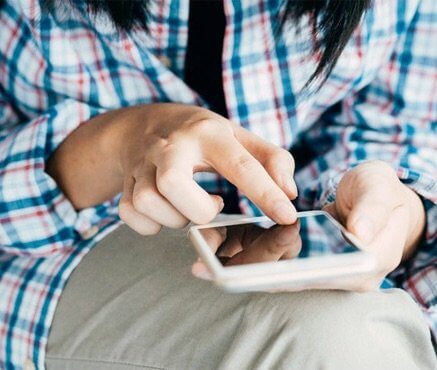 Looking to increase your Android Phones battery life? Discover our tips to improving your battery life here at loveit coverit.

loveit coverit
Our policies
Our Research